Coup de Cœur : A Global Refuge for the Trees of Tomorrow, by the Marcel Kroenlein Arboretum

The setec Foundation launched its first call for projects in 2020 and in this first edition decided to award a special prize to two “Coup de Coeur” projects that caught the attention of the jury during the selection process.

The project “A refuge for the trees of tomorrow” of the Marcel Kroenlein Arboretum is one of them and has received a grant of 8,000 euros to carry out these activities.

The Marcel Kroenlein Arboretum is located in the commune of Roure in the Alpes-Maritimes and was created in 1988 with the aim of preserving plant species in the region. An “arboretum” is a specialised garden where many plants and tree species are protected and presented in dedicated collections. The Marcel Kroenlein Arboretum brings together scientists from several disciplines (Botany, Ecology, Geology, Ornithology, Entomology, etc.) around the same mission: the conservation of this “living” museum. 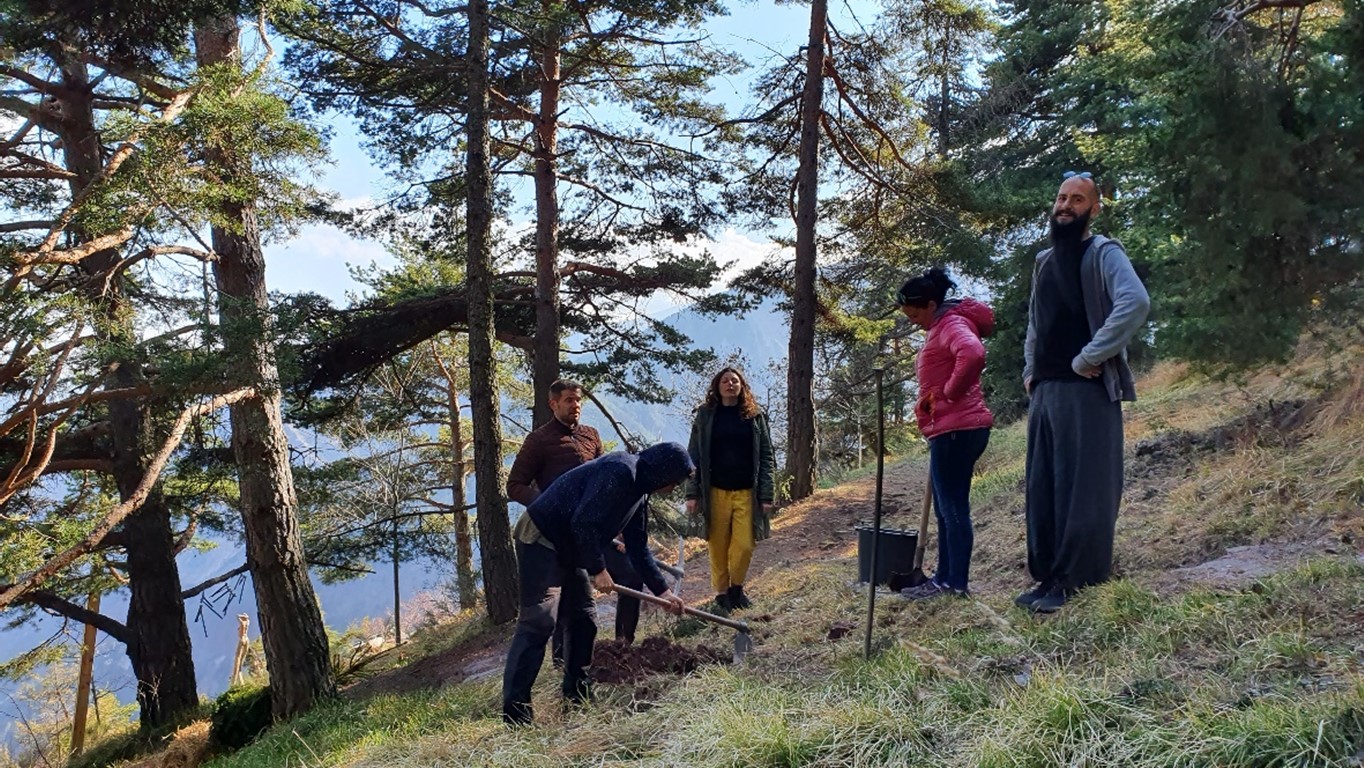 A mission of public interest

When the Arboretum was created in 1988, Michèle Ramin and Marcel Kroenlein’s project was to showcase the trees and flowers of the Alpes-Maritimes, a region of great natural wealth. However, the ecological dimension was quickly added to this mission because of the climatic and aggravating situation of the last decades. The preservation of these species is therefore an essential element in the fight against climate change.

Moreover, through activities to raise awareness among the public and close collaboration with scientists and artists, the Roure Arboretum is today an essential meeting place and allows a link to be re-established between nature and humans. It covers 17 hectares at an altitude of between 1280 m and 1722 m and brings together the trees of the montane level, on a tiered pre-Alpine grassland, original, having undergone no anthropic action. Every year, the Arboretum introduces new plant species to its site: more than 400 trees have been planted since its creation, including 137 exotic species, successfully acclimatised.

A Global Refuge for Tomorrow’s Trees

The project “A Global Refuge for the Trees of Tomorrow” is part of the Arboretum’s mission to develop a “Tomorrow’s Trees Seed Bank” through the Arboretum’s Mediterranean-Alpine Institute of Climatology, Biology and Ecology. This multi-year project aims to inventory and preserve species threatened by climate change.

Over time, this collection has become a privileged place to observe the behaviour of these plants in the face of climate change. Thanks to the observations, it is now possible to determine which trees will have their lives shortened, while scientists validate which trees should be favoured for their capacity to adapt.

The project is divided into several stages: first, the scientific committee determines the areas where the plant species will be collected. Then, the trees are selected in situ with the Botanical Conservatories. Finally, missions of 2 to 6 people are organised to plant the trees.

The Arboretum teams follow the planting and harvesting schedules of the trees to introduce them in good conditions. The preferred periods are March and October/November. At the same time, actions are carried out to raise public awareness on issues related to biodiversity and citizen actions to fight against global warming.

Throughout the year, rigorous monitoring is carried out by conservation scientists. They make an inventory of trees resistant to drought, fire, and other climatic disasters, set conservation objectives, evaluate the effectiveness of current management measures, direct their specialised research work, programme in situ removals in countries suffering from the loss of their living heritage, and draw up an inventory of trees to be protected.

How far has the project progressed?

Despite the second lockdown, the planting missions were able to continue at the Arboretum thanks to the work of dozens of people, in compliance with sanitary measures. A hundred trees were planted during this intervention on a surface of 4 hectares (the Arboretum is spread over 17 ha).

A central issue in this activity is the irrigation of the plants in the mountains. Professional volunteers, including engineers from the setec group, therefore intervened to establish a water collection strategy, which was necessary for the first inputs. 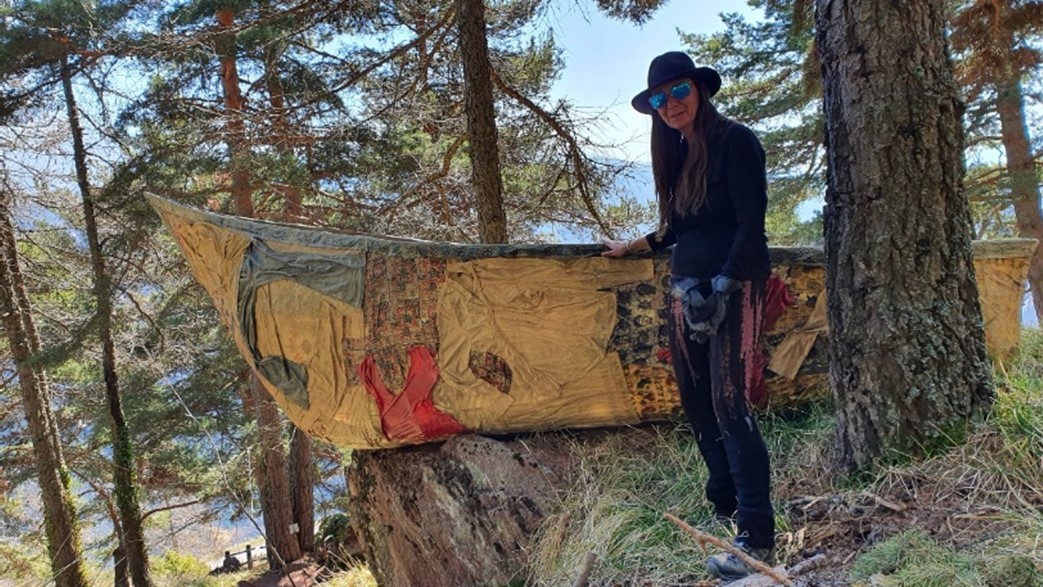 The artist Natalie Legrand in front of her work of art. ©Arboretum Marcel Kroenlein

The Setec Foundation is providing financial support to the Marcel Kroenlein Arboretum for the implementation of this project and for all its activities. At the end of the 2020 call for projects on “The fight against climate change in France”, a “Coup de Coeur” prize was created, awarding a total of 8,000 euros to the structure to carry out the creation of their refuge for the trees of tomorrow.

A rigorous follow-up is also organised throughout the year following the awarding of the prizes, during which reports on the progress of the project are exchanged to ensure that the missions are carried out correctly and that the association’s needs are met.

In addition to the tree planting, the setec Foundation has brought together engineers from different subsidiaries, including setec Monaco, setec Bâtiment and Hydratec, to contribute their expertise to several different projects for the Arboretum.

At the Roure Arboretum site, the team of volunteer engineers led by Laurent Oda, project manager for setec Monaco, is involved in setting up a mountain water catchment system. They are also assisted by two engineers from Hydratec, the setec subsidiary specialising in water and soil pollution. Today, the Arboretum uses the public network for watering the trees, but the introduction of new species at altitude is leading to a restructuring of an ageing watering system that is responsible for significant water losses (1500 litres of water leakage per day).

Our engineers are also providing support in the restoration of an old goat house into studio flats. This dwelling is located outside the Arboretum site, in the village of Roure, and hosts young people during their 8-month civic service. A lot of work needs to be done, notably on the electricity, the roof, and the interior remains to be renovated. 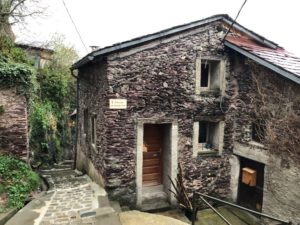 April 2021. The goat house to be rehabilitated as small studios. ©Arboretum Marcel Kroenlein

Finally, setec employees are involved in the construction of a sanitary facility for the disabled on the Arboretum site, as well as in the redevelopment of the walking paths to enhance this emblematic and essential place in the fight against climate change in France. Creating lasting relationships with project leaders is one of the central missions of the setec Foundation and there is now a strong collaboration between all these committed actors to help the public discover the values of the Marcel Kroenlein Arboretum.

To know more about the Arboretum Marcel Kroenlein, go on their website or France 3.

Discover the other winning projects here.