For the past two years, the setec Foundation has been working for the ecological and societal transition. Initially based in France, it has extended its action internationally and is now active on three continents: Europe, Africa and America. 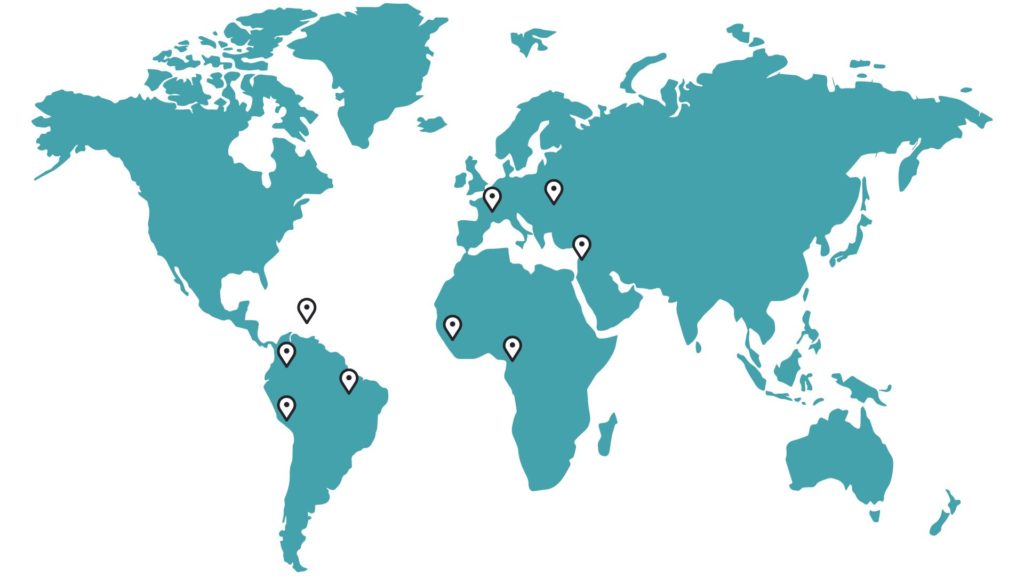 The annual thematic campaigns are an opportunity for the setec Foundation to focus its efforts on a region of the world where the group’s subsidiaries are located.

In 2021, the African continent was honoured through the FAMAE Challenge competition, of which the setec Foundation was a partner. 6 French-speaking African countries (Senegal, Cameroon, Benin, Ivory Coast, Gabon and Madagascar) were able to propose a sustainable construction/infrastructure project. 112,000 euros were donated to 3 associations in Senegal and Cameroon. Staff members act as the setec Foundation’s intermediary on site and monitor the projects.

The setec Foundation has decided to focus its 2022 campaign on the South American continent and to launch a call for projects in Colombia, Brazil, Peru, and Haiti on the theme of sustainable construction. It is relying on the help of its local employees to identify projects.

Projects coopted by employees in France and internationally

Thanks to its other grant scheme, the Transition Fund, the Foundation has also been able to support associations in Madagascar, Haiti and Lebanon, co-opted by setec employees.

In 2022, the Foundation supported emergency actions in Ukraine to help the local population and displaced persons in Europe.

Read the 2020-2022 report to learn more about the projects supported in these countries.

Discover the projects supported by the setec Foundation here.